Here are some of my hobby projects, many of them now defunct :( 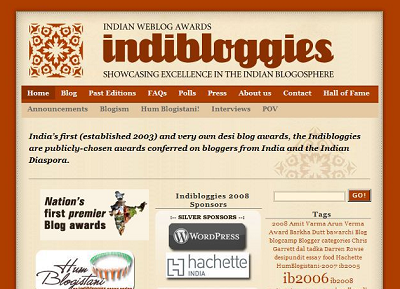 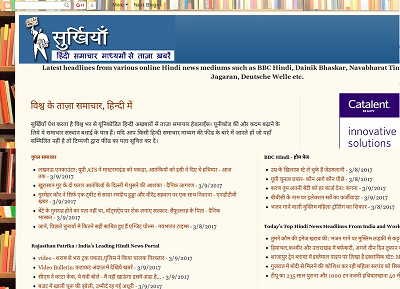 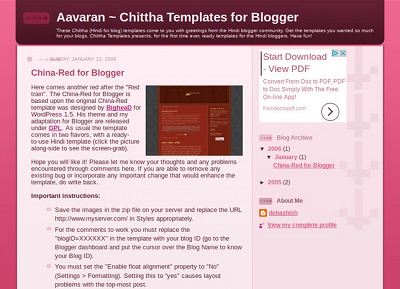 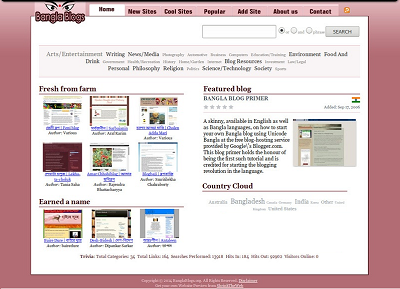 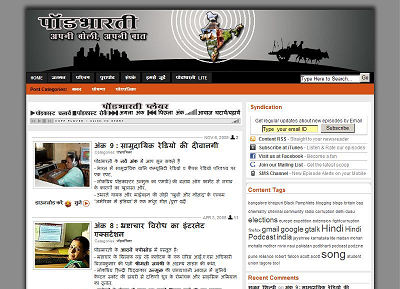 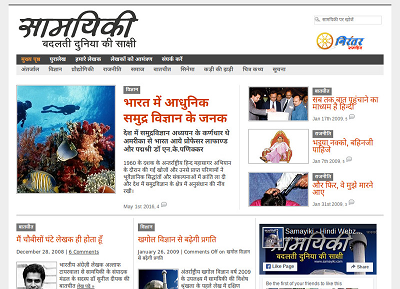 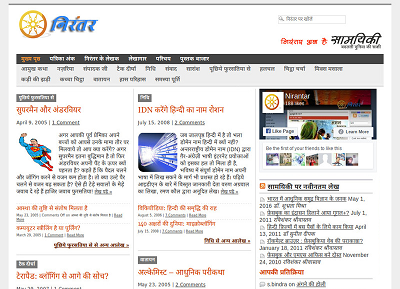 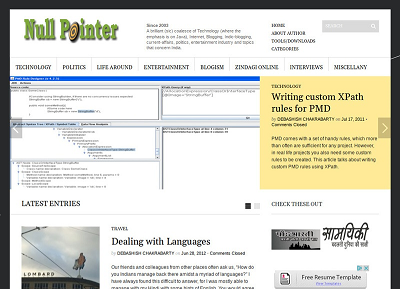 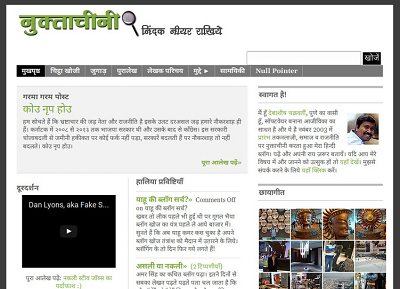 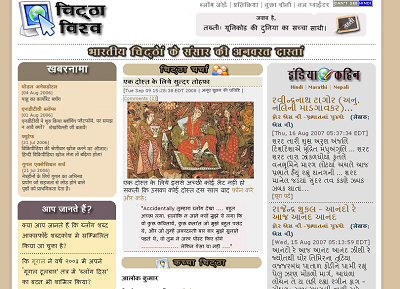 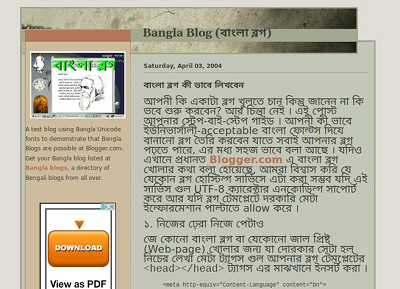 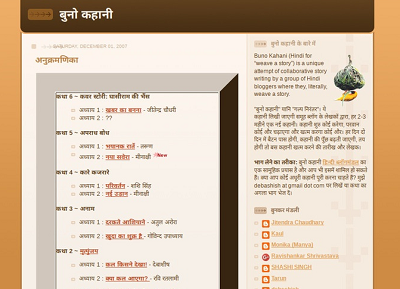 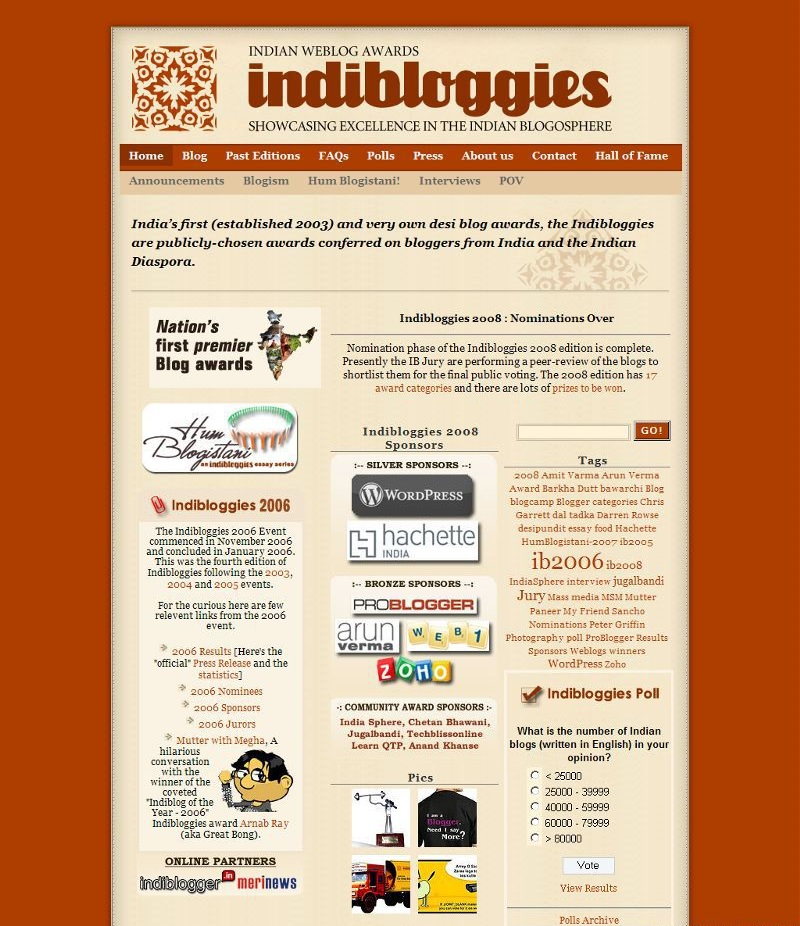 Indibloggies was an annual blog-award clique for Indian Blogs. The site “showcased the best of the Indian blogosphere” and awarded English as well as Indic blogs authored by Indians and the Indian Diaspora. Indibloggies hosted 5 editions between 2003-2008 and became quite popular and is still regarded as prestigious by the winners. Though the modus-operandi had been different each year, the Indibloggies decided the winners in various award categories based on a mix of peer-review from a panel of jurors, public nominations and public voting. From 2005 onward Indibloggies used the social book marking site Del.icio.us to solicit category-wide public nominations. Indibloggies website theme and logo were designed by the talented Bangalore based designer Hussain.Indibloggies could be credited for recognizing some outstanding bloggers year after year. For example, Sonia Faleiro, who’s blog was adjudged the “Best Topical Blog” in 2006 went on to win the CNN Young Journalist award the same year; Amit Varma, author of “India Uncut”, won the “Best New Indiblog” award in 2005 and then went on to win the Bastiat Prize in 2007 and later landed a book deal with Hachette India. Similarly, Arnab Ray, a consecutive winner of “Best Indiblog” later landed a book deal with HarperCollins that was a best-seller.Over the years Indibloggies also ran an essay series called Hum Blogistani that featured essays written by well known contemporary bloggers from the subcontinent, these are available as a free ebook. This publication is a collection of 10 essays published between 2005 to 2007 and provide a bird’s eye view of the state of the Indian blogosphere during that period. Also available at Amazon as a print book. 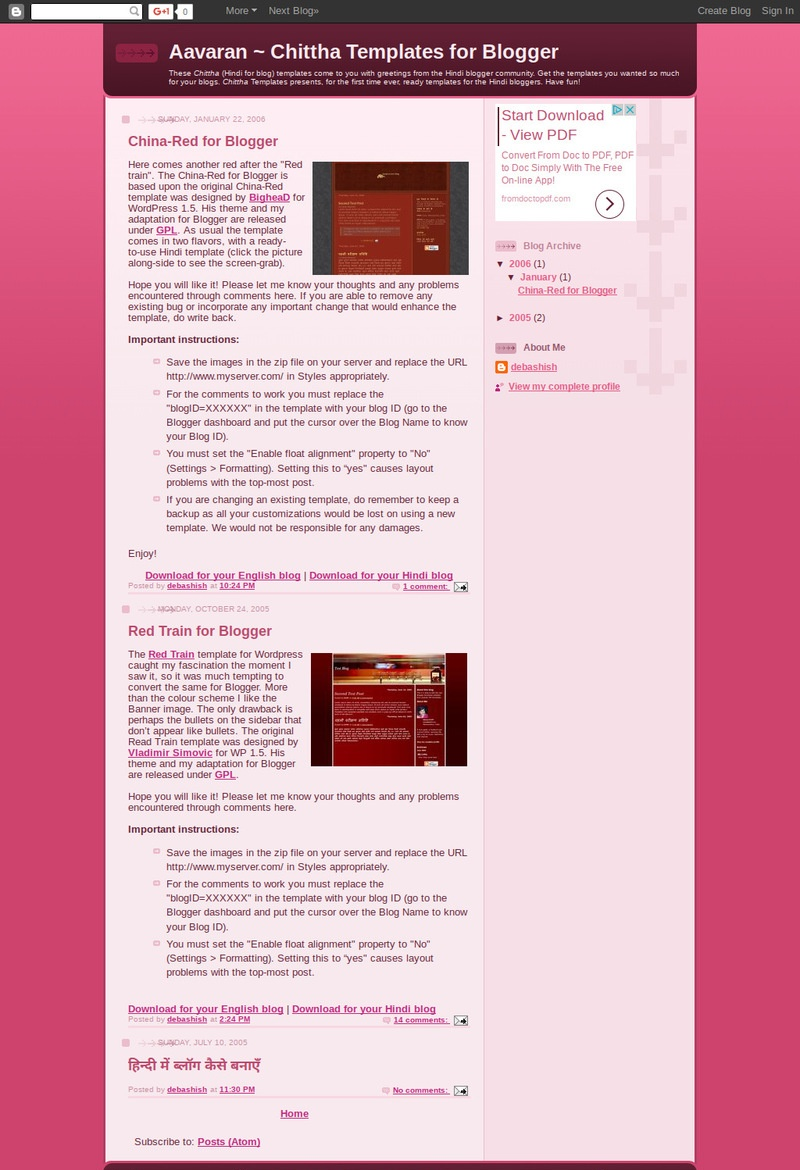 A directory of Bengali blogs 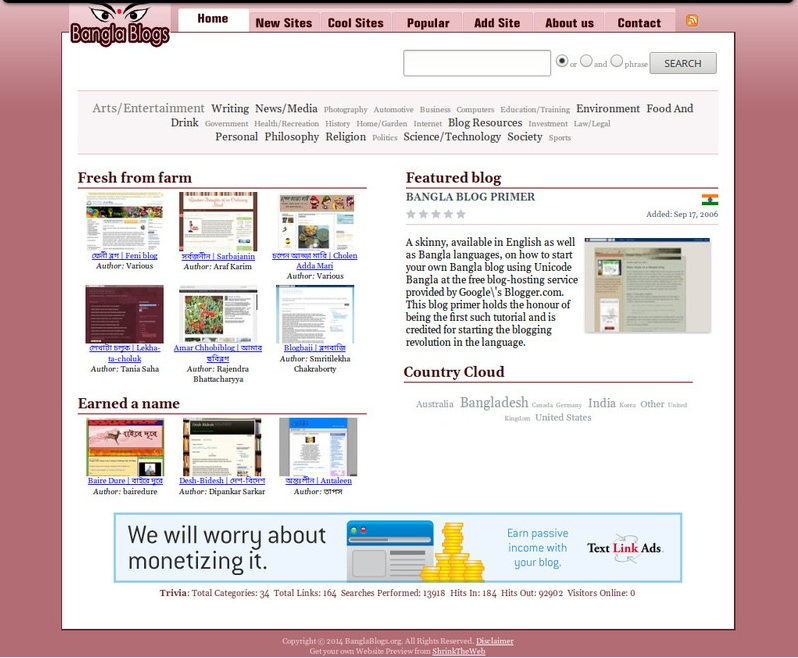 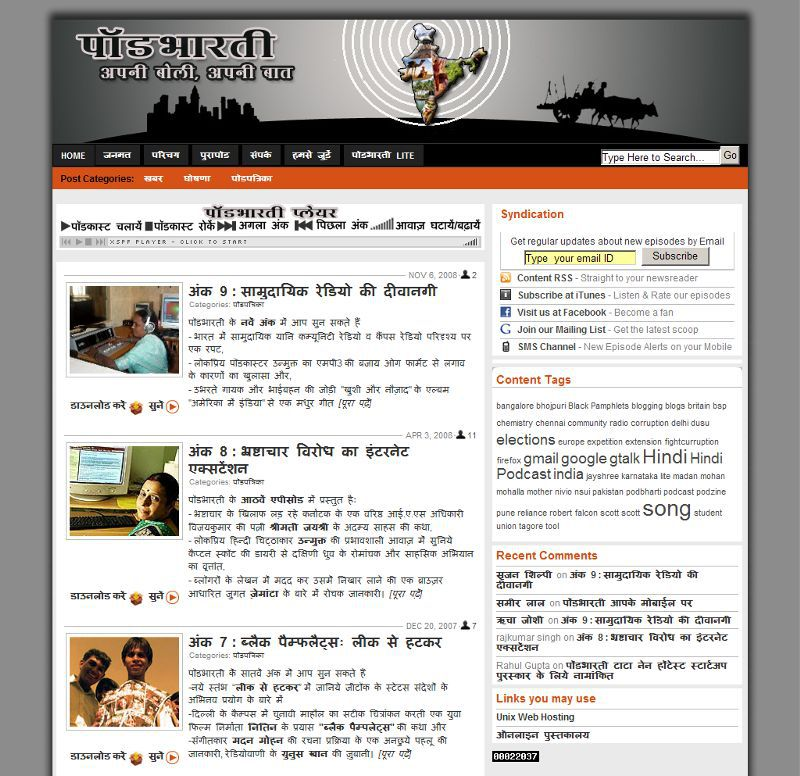 Podbharati, India’s first pure Hindi Podzine targeted towards Hindi audience was launched & co-hosted by me in 2009 with the intention to provide a comprehensive coverage of News & Views about Indian language blogging, Tools & Technology, Current Affairs and the Entertainment Industry. The Podcast (or Podzine, as we called it, given that each episode had multiple stories) was much appreciated and I still feel sad that we didn’t continue it for long. Podbharti published 9 episodes with over 25 reports. It was hosted at Podbharti.com and the archives now live at Wordpress. The audio files were hosted at Blip.tv earlier, then on Podbazaar.com and now live on SoundCloud. Podbharti also got nominated for the TATA NEN Hottest startup awards in 2008. Pranav of StartupDunia also published an interview with me regarding the website.Some reviews of Podbharati:Amit Ranjan, Co-founder of Slideshare and the man behind Digilocker wrote in his review of Podbharti, “The audio quality is great (having done podcasting myself, I can tell you that this is not easy, specially if you are recording over the internet). Moreover, the tone and style of the podcast is highly reminiscent of 1970-80s style radio, somewhat like Amin Sayani’s famous shows. Read through the comments on Podbharati’s posts and you will realize that this audience is clearly savoring the podcast’s content & style….At an overall level, Podbharati is a sign that podcasting has arrived in India."Indian’s most well known Tech ProBlogger Amit Agarwal wrote on his blog Digital Inspiration, “Debashish.. launched the PodBharati Hindi Podcast in May 2007. It’s a mix of technology reviews, Indian Culture, Bollywood and Blogging. If can you understand hindi, PodBharati is one show you just cannot afford to miss – excellent production quality, content delivery and choice of topics. I can imagine the effort that goes into producing this show and considering that Deb, Shashi & co. are doing it out of their love for Hindi and Blogging, this is commendable.” 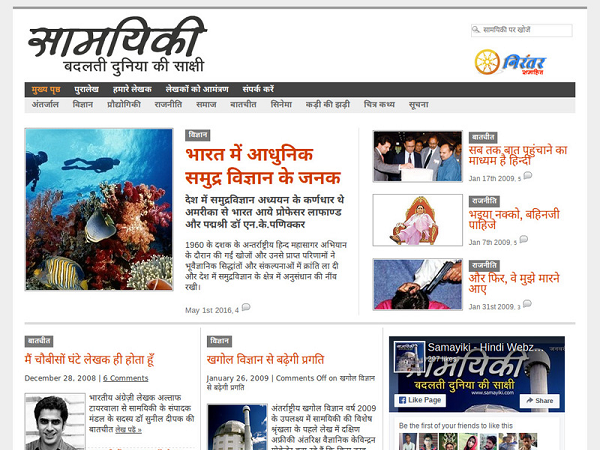 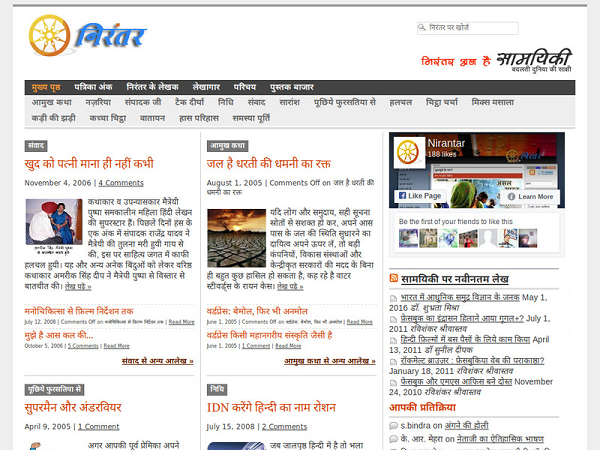 Nirantar was a collaborative Hindi webzine I laucnhed in 2003 with fellow Hindi bloggers spread all around the World, prominently Pankaj Narula, Jitendra Chaudhary, Anup Shukla, Ravishankar Shrivastava, Atul Arora and Raman Kaul. Initially it was hosted by Pankaj over Drupal and Civic Space. It was later hosted at Nirantar.org over Wordpress and has been there ever since. The motivation behind the zine were manifold: consolidating the creative talent of Hindi blogdom under one hood; perhaps convincing others to take up blogging in Hindi (at that time a language spoken by 400 million people and understood by far greater number of people had only 40 odd persons blogging in the language); showcase the language blogging scenario in general and Hindi blogging in particular and above all providing a wholesome read on a plethora of topics concerning our nation and Indian blogging apart from other for the outside world. Between March 2005 and July 2008 we published 11 editions. Nirantar was later merged to Samayiki which started publishing in a pure blog format rather than a magazine format. Youc an read more about Nirantar here 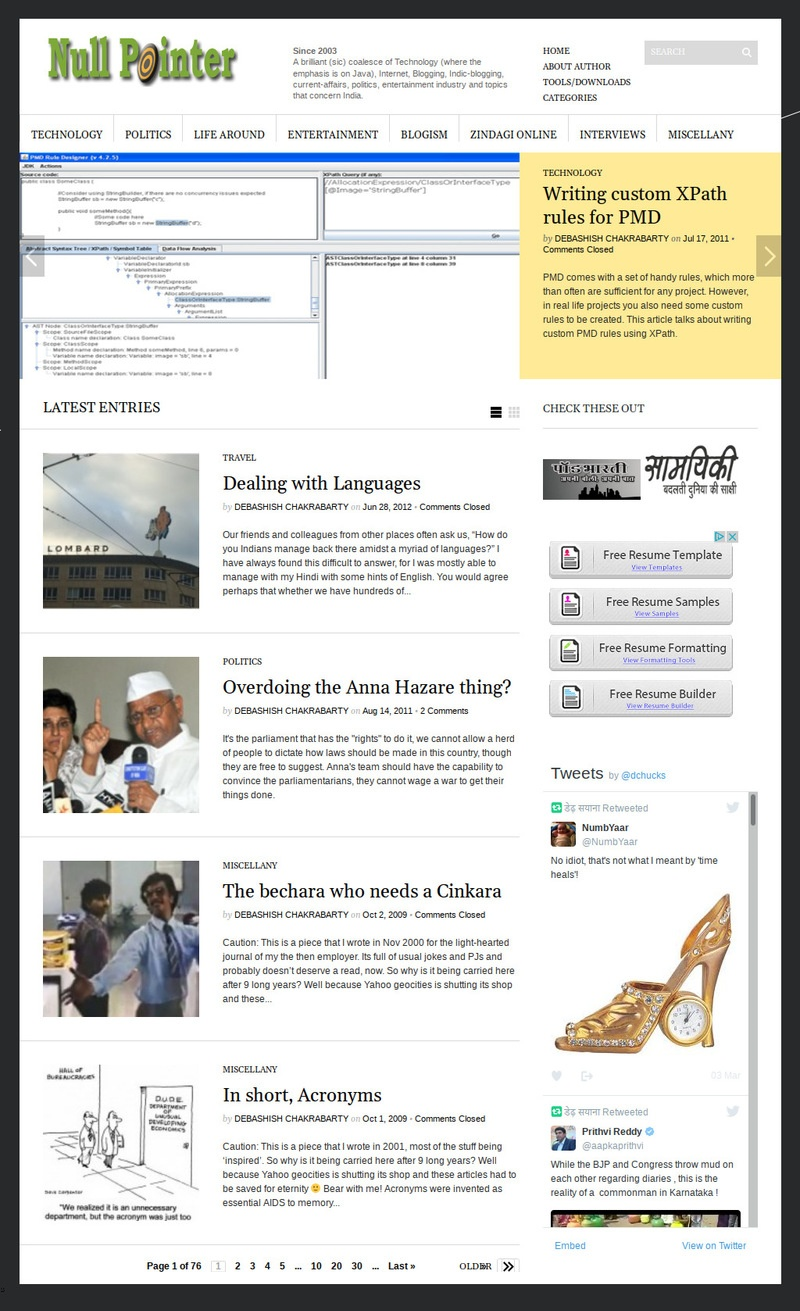 Null Pointer started as a personal blog at Rediff Blogs in April 2003 and then moved to JRoller in July 2003. I have been writing about Technology (where the emphasis was on Java), Internet, Blogging, Indic-blogging, current-affairs, politics, entertainment industry and topics that concerned India. The name came from a popular exception in Java, indicating the previous sole focus of the blog on Java which slowly turned to uninitiated ramblings on other topics as well. I later moved to my own Wordpress based hosting in 2006. 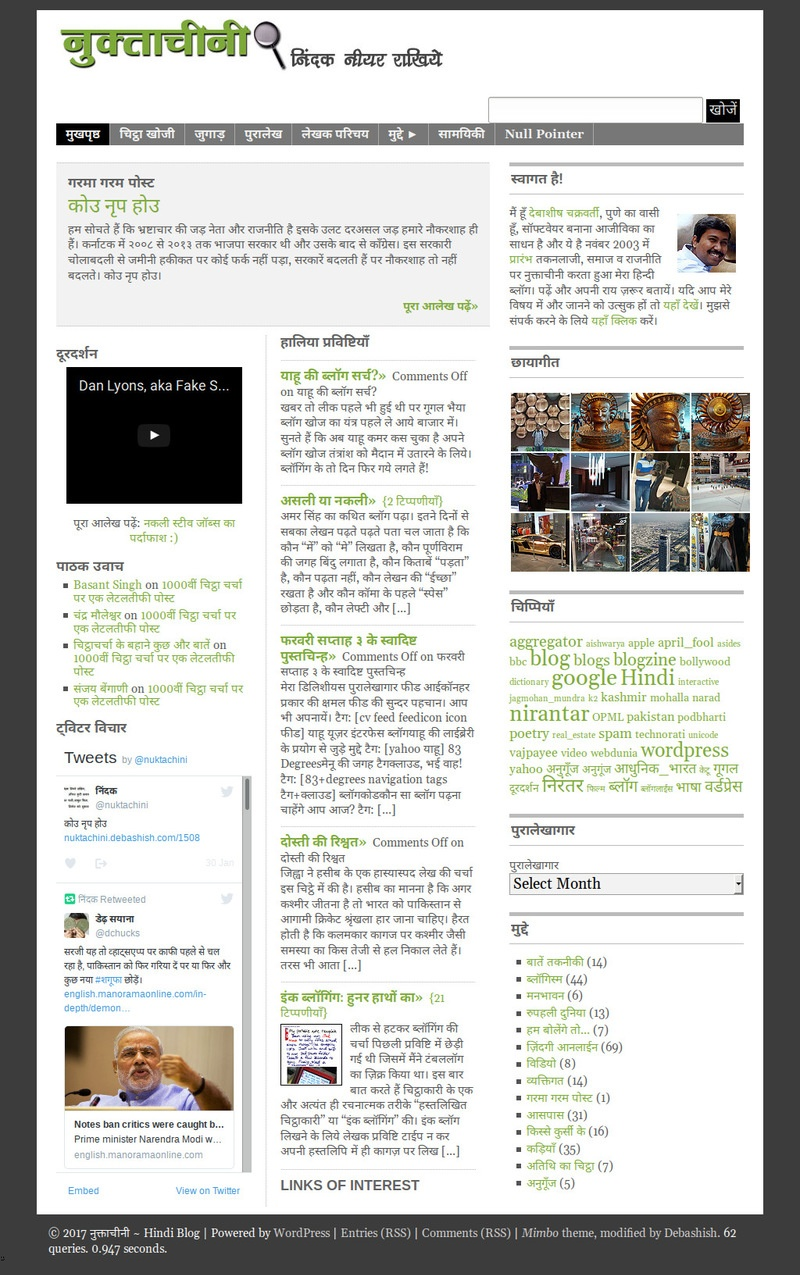 I was drawn to Hindi blogging during my work stint at Webdunia.com, a leading organization in the are of Indic localization. At the time there were only two Hindi blogs around, Vinay Jain’s Hindi and Alok’s Nau do gyarah. Alok is also credited for coining the term Chittha for Hindi blogs. So officially Nuktachini is the 4th Hindi blog ever published (the third blog belonged to a friend d.Padmaja](9211.blogspot.in) and was also created by me. The blog was noticed right from the early days, here a mention in the Hindi magazine Kadambini, and enjoyed good readership.Some reviews of the blogShastri Philip in his review wrote: Debashish’s modest comments do not reveal him and his work. Actually he is one of the pioneers in Hindi blogging. Blogging in Eastern languages has not been easy, but the boost came when a couple of visionaries decided to do something in Hindi. Debashish was one of them. The blog featured here is Nuktachini and it is a popular Hindi word for criticism. This does not mean that the blog is full of gossip. On the contrary, it is loaded with useful articles and you would soon feel that the name ought to have been something different. Nitin Pai, a well known blogger and founder of the Takshila Foundation & Pragati magazine wrote,Debashish is leading the push towards Hindi blogs. I think blogging in th’vernacular is a great idea as it exposes a totally different audience to very different ideas.

The first ever Hindi blog aggregator 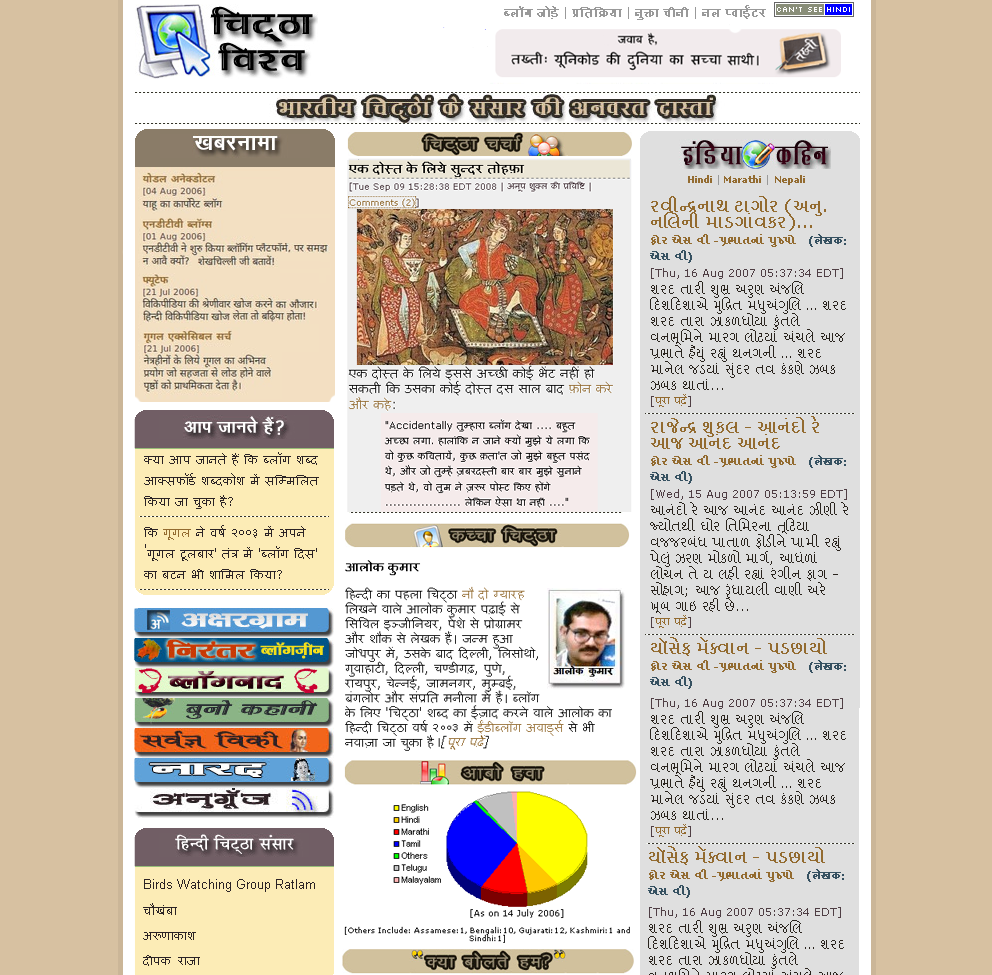 Chittha Vishwa was the first aggregator for Hindi blogs that I created as a hobby project at the erstwhile free Java hosting services of myjavaserver.com. This service was later stopped and the site went dead.

A test blog for Bangla i18n

Bangla Blog was a test blog that I created with a fellow blogger Sukanya Majumdar (who not incidentally, is the first ever Bangla blogger as well) to demonstrate how Bangla Unicode could be used to publish Bangla blogs on the Blogspot platform. 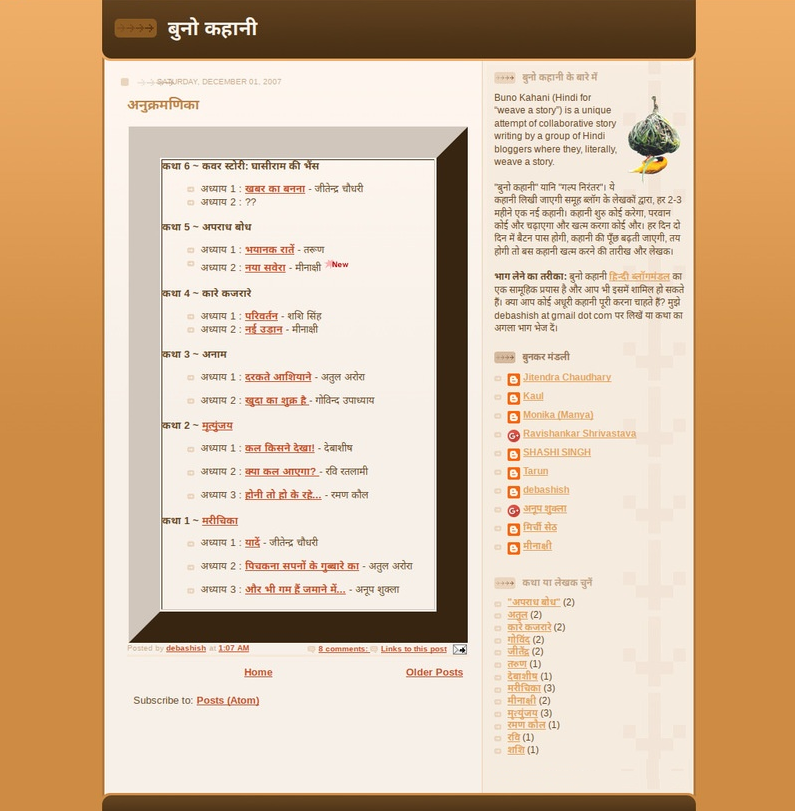 Buno Kahani (Hindi for “weave a story”) was a unique attempt of collaborative story writing by a group of Hindi bloggers where they, literally, weave a story. About 6 stories were written this way, each written by different authors who take the story forward.